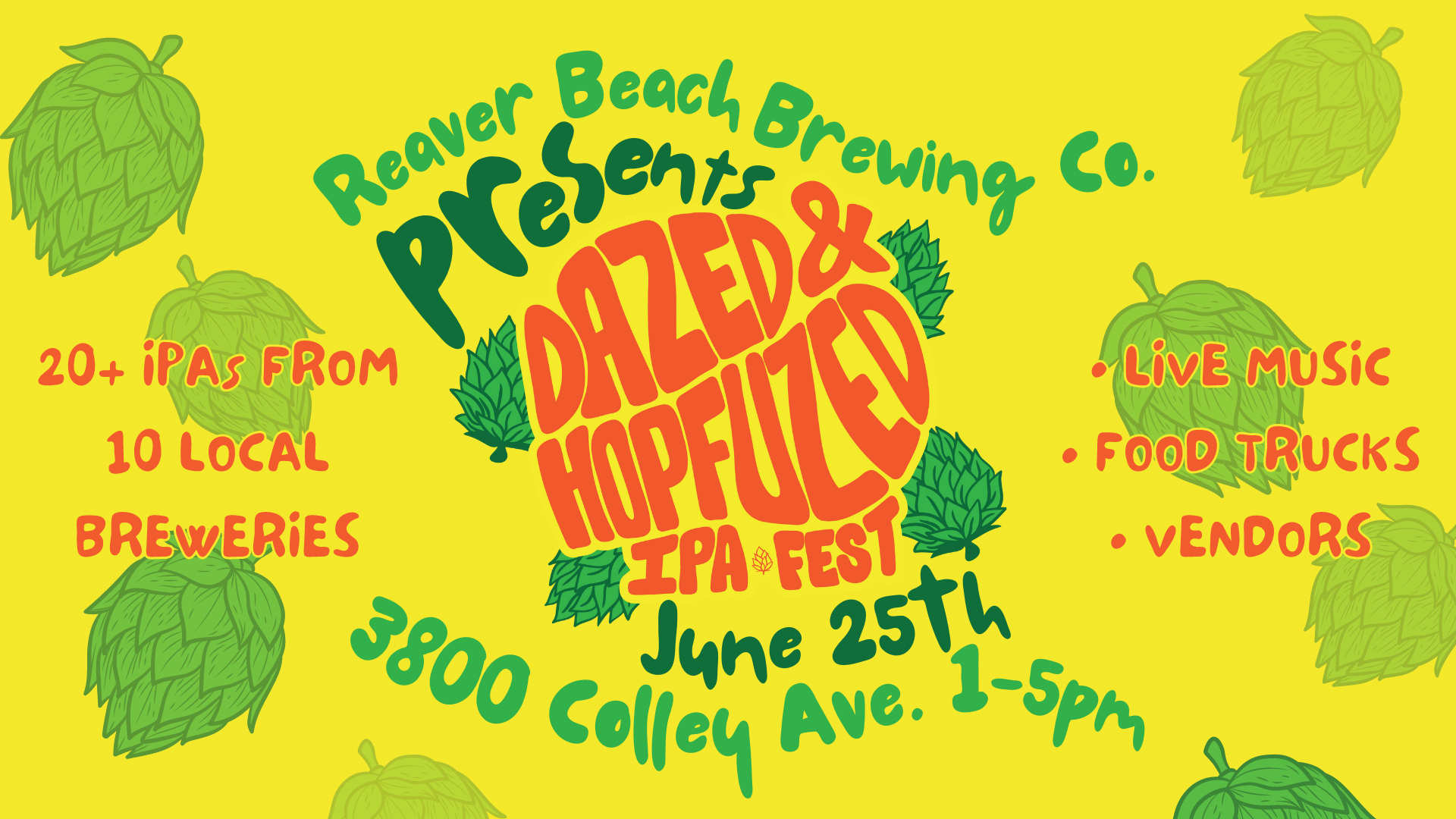 Cascade, Centennial, Chinook, Citra, Amarillo, Mosaic. These are just a few hop varieties loaded into the most popular beers these days. There are over 150 varieties of these fragrant little beer buds. Hops span the smell spectrum with distinctive notes of grapefruit, pine, grass, earthy, currants, juniper, and even spicy. Crushing up a hop and taking a big whiff is like a kaleidoscope for your nose. With hundreds of different organic compounds, brewers and connoisseurs have been in love with hoppy beers for some time. The wonders of hop-filled beer will be on full display at this weekend’s Dazed and Hopfuzed IPA Fest presented by Reaver Beach.

Every beer on the market uses hops, but the India Pale Ale (IPA) is different. The IPA has become the style most known for showcasing these super rad beer flowers. Some IPAs are hopped early in the beer-making process, and some much later, but they’re all meant to be much more hop-focused than other beers. The variety of flavors and process alterations in an IPA has opened a floodgate of creativity for brewers. The Oxford Companion to Beer now considers the IPA “the signature of craft brewers worldwide.”

Craft brewers have made this beer their canvas, and the world is enjoying the results. They’re transforming old classics with new hops, throwing well-known hop varieties in with exotic hops, and doing everything in their power to explore new corners of tasting palettes. The search for indescribable flavors, beers you could drink every day, or a hop profile that pairs perfectly with specific foods has taken the whole industry by storm. The IPA has made brewers into a generation of taste bud painters.

This Saturday, nine breweries are bringing out their finest IPAs for a veritable beer art exhibition for locals to explore. Reaver Beach on Colley Ave is hosting Dazed and Hopfuzed IPA Fest with breweries from around the 757 gathering to show off their hop masterpieces. The local brewers on the lineup collectively hold dozens if not hundreds of beer awards, and expectations are high. Kourtney Houghtaling, the Events Manager at Reaver Beach, said the team is hoping that some beers will genuinely leave attendees “dazed and confused,” questioning “how could [the brewers] pack so much into one beer?”

Food from Hades Wood Fired Pizza, Get Stuffed, and On Ice will be available because even the most enjoyable hops deserve an appropriate pairing.

While you whisk away their tastebuds to hop heaven, enjoy tunes from Leonard Rex and Nate Sacks. Between tasting stations, Norfolk Currents, SuperCompStudios, HighOnYourSupply, and other local vendors will be providing Saturday shopping opportunities.