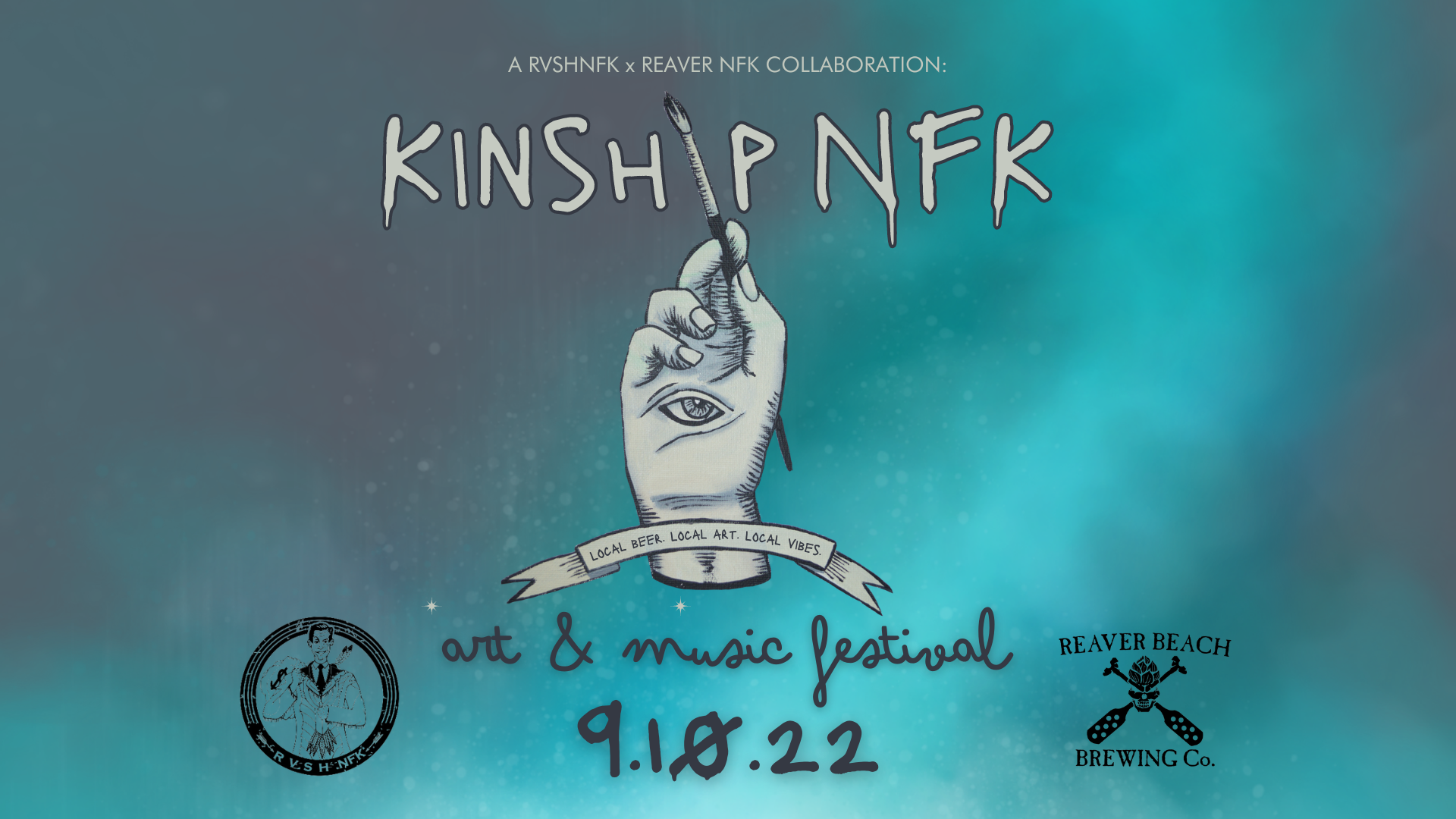 Derrin Thompson is a true creative at heart. His endeavors in visual and musical arts span multiple mediums and decades. Yet, in 2010, he almost gave it up forever. Mounting frustrations over the lack of artistic connections and peers, he struggled to gain traction with his work and walked away from it.

Things turned around in 2012 when he found a mind akin to his own in Monica Skinner. The two shared a passion for the arts and dreamt of a thriving community of creatives. Inspired as kindred spirits, they sowed the seeds for RVSHNFK with a simple goal at the forefront: to bring together similar minds to collab, network, and prosper.

Over the past few years, RVSHNFK has promoted artistic events, individuals, and endeavors of all kinds, and now they’re building their own. The group currently counts eight official musical artists as members. Acts like Dom the Destroyer, LUNCH $PECIAL, i fight vampires, and Earfth Girl, color their sonic palettes in ways that avoid basic genre pigeonholes.

Building on the success of this series, RVSHNFK has something even bigger in the works for this weekend. They’ve teamed up with lauded local brewery Reaver Beach to amplify artist works and build stronger connections. KINSHIP NFK is a festival-sized event for some of the region’s most under-recognized artistic talents. The event runs 1-6 pm with seven musical performances and over 40 different local artists displaying their work and selling wares.

If you’ve been checking out the brewery-based events in Norfolk, it’s worth noting that these musical acts and visual artists pivot refreshingly off the beaten path. These folks are pouring themselves into their work, channeling and confronting deep-seated experiences and new realities. The result is a spectacle more raw, personal, and adventurous than you may typically witness.

Up first are Sin Zero and Dom the Destroyer. Sin Zero features mystical melodies and punching drums with vocals floating between rapping and song. Dom the Destroyer is a hip-hop artist with dark lyrics, unorthodox rhymes, and a huge stage presence. Of course, Blvckhndz, aka Derrin, the founder of RVSHNFK, will also be performing. Blvckhndz’s world-building lyrics, accompanied by synthy beats, lead you into a head-bobbing exploration of battling demons.

Music and art aren’t the only things on tap Saturday. Reaver Beach and RVSHNFK have created a collaborative beer to quench the artistic thirst: RVSH Me, a Spiced Pear Sour. Fairy hair, tarot reading, and live painting will pop up around the festival for other intriguing entertainment.

The original article from Norfolk Currents can be found here: https://nfkva.com/finding-creative-connections-rvshnfk-brings-kinship-nfk-fest-to-reaver-beach/?fbclid=IwAR2rEB7nNRFqnffvka4kaQk_hoputWLQRIrSeeN2BO96ep_i_bm8bktTRPA