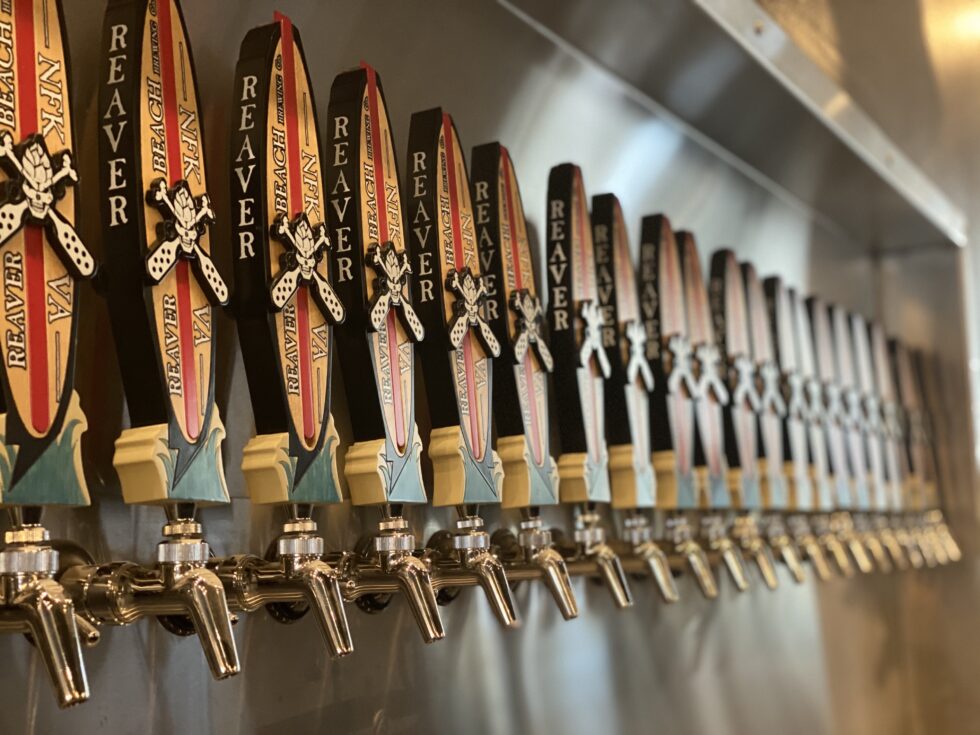 Get ready for some award-winning hoppy and sour beers on North Colley Avenue in Norfolk.

Reaver Beach Brewing Company is set to open its second location on Friday, February 19. Operating as Reaver Beach NFK, the brewery is housed in the former Milan Post Office building — built in 1945 — on the highly visible corner of 38th Street and Colley Avenue in Norfolk.

The brewery acquired the property back in March of 2019. After two years of extensive interior renovations and repurposing, everything is finally ready.

“That building has so much character,” said Reaver Beach General Manager Josh Bennett. “We’ve redone the original hardwood floors. The brick was hand-laid during World War II. A building like that you don’t come across that often. It’s a lot larger on the inside than what it looks like from the outside.

“Everything except for the four exterior walls had some type of adjustment or repurposed work. We tried to keep some of the nostalgia and give it our own Reaver flavor.”

Part of the Reaver flavor Bennett mentions includes the obvious exterior signage making no mistake about it being a place to drop your mail off any longer.

One of the visual highlights is the Hazy Tide Bar, a groovy hand-poured bar that resembles an areal view of blue ocean waves crashing on the shore (brown wood). It took more than 100 hours to create.

Another fun visual is a mural on the wall depicting a skeleton with its Reaver’s trademark hop-head seated with its legs up on a desk holding a smoking gun as a frothy beer, scales and books rest on the desktop.

While Reaver Beach NFK will be welcoming families and dog owners alike the building redesign also provides for a big folks zone.

“We’ll have a 21 and up area on the second floor on the mezzanine that will overlook the taproom,” Bennett said. “It holds approximately 40 to 50 people. It can be utilized as an event space. It has separate bathrooms upstairs.”

Having a foothold in Norfolk enhances Reaver Beach’s beer brand visibility which may also result in increased sales of its canned beers in retail places like Total Wine & More. More than anything, though, Reaver Beach’s management wanted in on the exciting corridor that is North Colley as well as Norfolk’s beer culture.

“While Virginia Beach is very popular with folks around the brewery,” Bennett continued,  “a lot of folks don’t travel unless there’s some sort of trail where they can visit two or three breweries. The North Colley location checked all those boxes. Nearby are Elation Brewing, O’Connor, Maker’s, Smartmouth…all relatively close.”

Reaver Beach NFK will operate a 3.5-barrel in-house brewing system for Stu Kersting to operate. He’ll be focused on brewing experimental and Norfolk-specific beers. Reaver’s core beer lineup, barrel-aged sours, stouts and porters will continue to be made in Virginia Beach.

The Norfolk location will feature 23 taps. Some of what customers will likely enjoy at first include Hoptopus IPA, SeaDevil Imperial Sout, Hammerhead IPA, Murder of Crows Coffee Stout on nitro, Tower of Bones Double New England IPA, Teredo Sour (various fruited blends), and The Crow’s Nest American Wild Ale. Plus on tap for a nitro-powered Monstro Coffee (no alcohol and tasty).

Hours: 3-9 PM Tuesday through Thursday, noon to 10 PM Friday and Saturday, noon to 8 PM on Sunday.