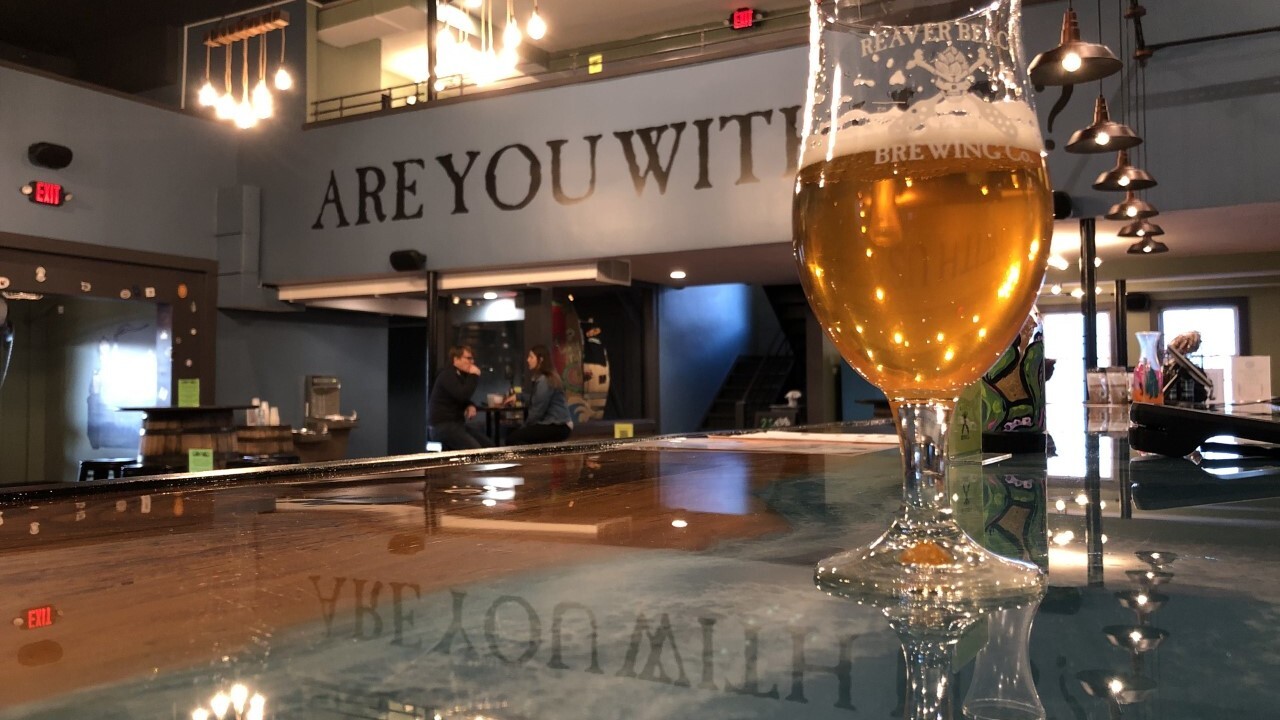 NORFOLK, Va. - For two weeks, Josh Bennett and others at Reaver Beach Brewing Co. have been serving up brews at their new Norfolk taproom.

The building is a former post office that first went up in the 1940s.

“It was definitely interesting,” Bennett said regarding opening their Norfolk taproom. “COVID had limited supply lines. It really put a strain on the timeline that we were going through.”

The brewery opened their new location in a time when the glass has generally seemed more half empty than half full for the industry.

“We were down 20%, more than three-quarters last year,” Bennett said regarding their sales. “It was definitely an adjustment to try and figure out, 'How do we just keep the wheels turning?'"

“A high percentage of breweries were worried that they would have to close their doors because of what we were seeing with shutdowns and drop in sales,” Bart Watson, Chief Economist at the Brewers Association told News 3. “Luckily, that hasn't come to fruition.”

For Bennett, funding through the Paycheck Protection Program (PPP) has helped his business.

“It was instrumental in helping me come on and to keep our folks employed,” Bennett said.

“It's been a lifeline for a lot of breweries,” Watson added.

“The bill would allow small beverage alcohol producers - not just breweries, but wineries and distilleries - to access the same funds that small hospitality businesses like bars and restaurants could,” Watson said.

Watson told News 3 the measure could bring in more funds after small breweries have been hit hard by the pandemic.

“Like many hospitality businesses, they've been affected by on-premise bar and restaurant slowdowns, as well as sales at their own brewery,” Watson said. “Opening it up to these businesses is going to help them until they can get back on their feet until sales rebound.”

“It's going to affect us little guys,” Bennett added. “More than half of our income comes through these taprooms.”

For Bennett, he’s looking ahead with his glass half full.

“We're just going to keep going so we can open back up and have some fun this summer,” he said.